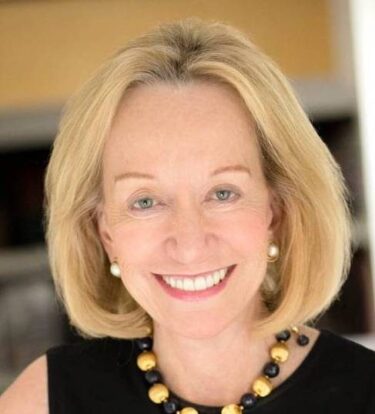 Goodwin is the author of six critically acclaimed and New York Times best-selling books, including her most recent, The Bully Pulpit: Theodore Roosevelt, William Howard Taft, and the Golden Age of Journalism (November, 2013). Winner of the Carnegie Medal, The Bully Pulpit is a dynamic history of the first decade of the Progressive era, that tumultuous time when the nation was coming unseamed and reform was in the air. Steven Spielberg’s DreamWorks Studios has acquired the film and television rights to the book.

Spielberg and Goodwin previously worked together on Lincoln, based in part on Goodwin’s award-winning Team of Rivals: The Political Genius of Abraham Lincoln, an epic tome that illuminates Lincoln’s political genius, as the one-term congressman and prairie lawyer rises from obscurity to prevail over three gifted rivals of national reputation to become president. Team of Rivals was awarded the prestigious Lincoln Prize, the inaugural Book Prize for American History, and Goodwin in 2016 was the first historian to receive the Lincoln Leadership Prize from the Abraham Lincoln Presidential Library Foundation.

The film Lincoln grossed $275 million at the box office and earned 12 Academy Award® nominations, including an Academy Award for actor Daniel Day-Lewis for his portrayal of President Abraham Lincoln.

Goodwin was awarded the Pulitzer Prize in history for No Ordinary Time: Franklin and Eleanor Roosevelt: The Home Front in World War II, and is the author of the best sellers Wait Till Next Year, Lyndon Johnson and the American Dream and The Fitzgeralds and the Kennedys, which was adapted into an award-winning five-part TV miniseries.

Well known for her appearances and commentary on television, Goodwin is seen frequently on television networks NBC, MSNBC, CBS, ABC, FOX, CNN, as well as The Charlie Rose Show and Meet the Press. Other appearances have included The Daily Show with Jon Stewart, The Colbert Report, The Late Late Show with Craig Ferguson, The Oprah Winfrey Show, The Tonight Show with Jay Leno and many more. Goodwin has served as a consultant and has been interviewed extensively for PBS and the History Channel’s documentaries on Presidents Lyndon B. Johnson, Franklin D. Roosevelt, Abraham Lincoln, the Kennedy family, and Ken Burns’ The History of Baseball and The Roosevelts: An Intimate History. She most recently served as a consultant on HBO Films’ All the Way starring Bryan Cranston as President Johnson. Goodwin is currently working on her next project on leadership – a look at how Lincoln, FDR, LBJ and Teddy Roosevelt became leaders and how they led, coming out in the spring of 2017.

It was Goodwin’s experience as a 24-year-old White House Fellow, working directly for President Johnson as an assistant in his last year in the White House, and later assisting him in the preparation of his memoirs, that fueled her interest in becoming a presidential historian and author.

Among her many honors and awards, Goodwin was awarded the Charles Frankel Prize, given by the National Endowment for the Humanities, the Sarah Josepha Hale Medal, the New England Book Award, and recently the Carl Sandburg Literary Award and the Ohioana Book Award.

Goodwin lives in Concord, Massachusetts, with her husband, the writer, presidential advisor, speechwriter and playwright Richard N. Goodwin. She was the first woman to enter the Boston Red Sox locker room, and is a devoted fan of the World Series-winning team.