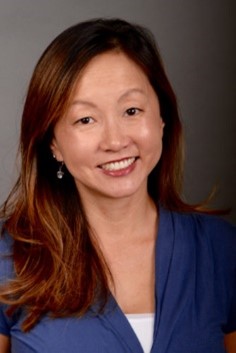 Grace Hong Duffin currently serves as the President and CEO of Kenneth Young Center (KYC) located in the northwest suburbs of Illinois. KYC provides life-changing and life-saving community health programming to people of all ages across the northwest suburbs. Serving over 15,000 people each year through 35 interwoven behavioral health, older adult, and youth empowerment programs, at KYC, we believe that Together We Thrive. By partnering with individuals, families, supporters, and neighboring organizations, we can build stronger, healthier communities together. KYC’s footprint spans across several counties and the northwest suburbs of Chicagothrough its prevention, crisis, transitional and recovery programming. Upon joining KYC as the Chief Operating Officer, Grace formalized and structured KYC’s programmatic budgeting process, diversified long-term investments, and streamlined operational expenses to strengthen the organization’s financial stability. As CEO, Grace has significantly grown KYC’s programming, includingfounding the first LGBTQ+ Center for youth and young adults in the northwest suburbs of Chicago, significantly expanding community-based services to adults with serious mental illness, and is currently building a pilot program for 24/7 crisis response to 988 mental health emergency calls. Grace truly believes in KYC’s vision of Together We Thrive and has made this mantra part of her leadership to reach out to partner agencies and to find efficient ways to collaborate that result in the best outcome for clients, community members, and service agencies.  Under her leadership, KYC was proud to avoid laying off a single staff person during the course of the COVID-19 pandemic, despite monumental shifts in KYC’s revenue streams, workflow, client needs, and community unrest. Grace is committed to giving back and serving both her personal and professional communities. Grace serves on the Executive Committee for the Illinois Behavioral Health Association and is an active member of the Community Behavioral Health Association. Called to combat the rise in anti-Asian sentiment and hate crimes being committed against her community, Grace is honored to serve on the Board of Directors for KANWIN, a domestic abuse and sexual assault prevention nonprofit especially serving vulnerable women and children across Asian American communities.  Grace also serves as the Treasurer at her children’s intermediate school parents’ association, as well as the Treasurer for her high schooler’s parent music-booster club. Prior to her leadership at KYC, Grace served under three Illinois Governors and held various roles at the State of Illinois.  She served as Senior Policy Advisor and Chief of Staff for the Illinois Department of Human Services, where she managed an almost $6 billion budget and was responsible for approximately 13,000 employees. Grace ensured Illinois residents received direct services including access to public benefits, community health programs, services for people with disabilities, and behavioral health programs. Grace also worked as Legislative Counsel and Senior Policy Advisor for the Governor’s Office where she advocated and drafted legislation on behalf of the Governor and State agencies.  As the consummate public servant, Grace also spent 8 years working as a Cook County Assistant State’s Attorney where she not only prosecuted criminal cases on behalf of the County, but also educated communities in public safety while working with the Community Prosecutions Department. Her work included finding services for survivors and their families while assigned to domestic violence court.  Grace has her Bachelor’s Degree in Human Development and Social Policy from Northwestern University, Juris Doctor from Chicago-Kent College of Law, and a Master’s Degree in Public Administration from Harvard University. When not at KYC, Grace and her husband love to spend time camping and enjoying nature with their three children.