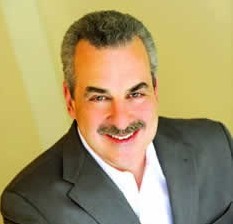 Harold S. Koplewicz, MD, is one of the nation’s leading child and adolescent psychiatrists. He is widely recognized as an innovator in the field, a strong advocate for child mental health, and a master clinician. He has been repeatedly recognized in America’s Top Doctors, Best Doctors in America, and New York Magazine’s “Best Doctors in New York.” He is also the founding president of the Child Mind Institute.

Dr. Koplewicz was Director of the Nathan S. Kline Institute for Psychiatric Research (NKI) from 2006-2011, the third person and the first child and adolescent psychiatrist to hold that position since the institution’s founding in 1952. At NKI he expanded the research portfolio to include Child and Adolescent research, established the Emotional Brain Institute, recruited new investigators, improved transparency and efficiency, and launched a capital program to enhance the Institute’s ability to garner federal funding. During Dr. Koplewicz’s tenure, the annual average federal research funding was $16.6 million, compared to an annual average of $10.6 million for the previous 10 years.

A graduate of Albert Einstein College of Medicine, Dr. Koplewicz completed his psychiatric residency at New York Hospital Westchester Division, a fellowship in child psychiatry at Columbia University’s College of Physicians and Surgeons, an NIMH research fellowship in child psychiatry at the New York State Psychiatric Institute, and the Executive Program in Health Policy and Management at Harvard University’s School of Public Health.
Dr. Koplewicz has served as a member of the National Board of Medical Examiners and as a Commissioner of the New York State Commission on Youth, Crime and Violence and Reform of the Juvenile Justice System. Since 1997, he has been the editor-in-chief of the Journal of Child and Adolescent Psychopharmacology. He has also served as a member of the working group organized by the U.S. Assistant Surgeon General and the U.S. Department of Health and Human Services to address the effects of terrorism on children’s mental health.

He has been at the forefront of public education to dispel the myths and stigma surrounding children and adolescents living with psychiatric disorders. He has appeared on The Today Show, CBS News, Oprah, CNN, and Anderson Cooper, and he is quoted regularly in The New York Times, USA Today, and the Wall Street Journal. He is the author of several books, including the textbook Depression in Children and Adolescents; It’s Nobody’s Fault: New Hope and Help for Difficult Children and their Parents, which received the Parent’s Choice Award and was a finalist for the Books for a Better Life Award; Childhood Revealed: Art Expressing Pain, Discovery & Hope; and his most recent work on adolescent depression, More Than Moody: Recognizing and Treating Adolescent Depression.