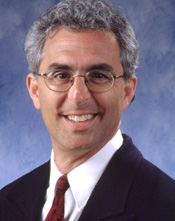 Howard H. Goldman, M.D., Ph.D., is Professor of Psychiatry at the University of Maryland School of Medicine. Dr. Goldman received joint M.D. – M.P.H. degrees from Harvard University in 1974 and a Ph.D. in social policy research from the Heller School at Brandeis University in 1978. He is the author or co-author of 275 publications in the professional literature. Dr. Goldman is the editor of Psychiatric Services, a mental health services research and policy journal published monthly by the American Psychiatric Association. He also serves on the editorial boards of several other journals, including the American Journal of Psychiatry and the Journal of Mental Health Policy and Economics. Dr. Goldman served as the Senior Scientific Editor of the Surgeon General’s Report on Mental Health from 1997-1999 for which he was awarded the Surgeon General’s Medallion. During 2002 and 2003 Dr.Goldman was a consultant to the President’s New Freedom Commission on Mental Health. In 1996 he was elected to membership in the National Academy of Social Insurance, and in 2002 he was elected to the Institute of Medicine.

Dr. Goldman’s expertise is in evaluating mental health services and financing programs and policies. He is the director of the Network on Mental Health Policy Research, funded by the MacArthur Foundation. The Network is the sponsor of several studies on mental health financing. He also served as Principal Investigator of the study team conducting the Evaluation of the Implementation and Impact of Mental Health and Substance Abuse Parity in the Federal Employees Health Benefits program, sponsored by the government.