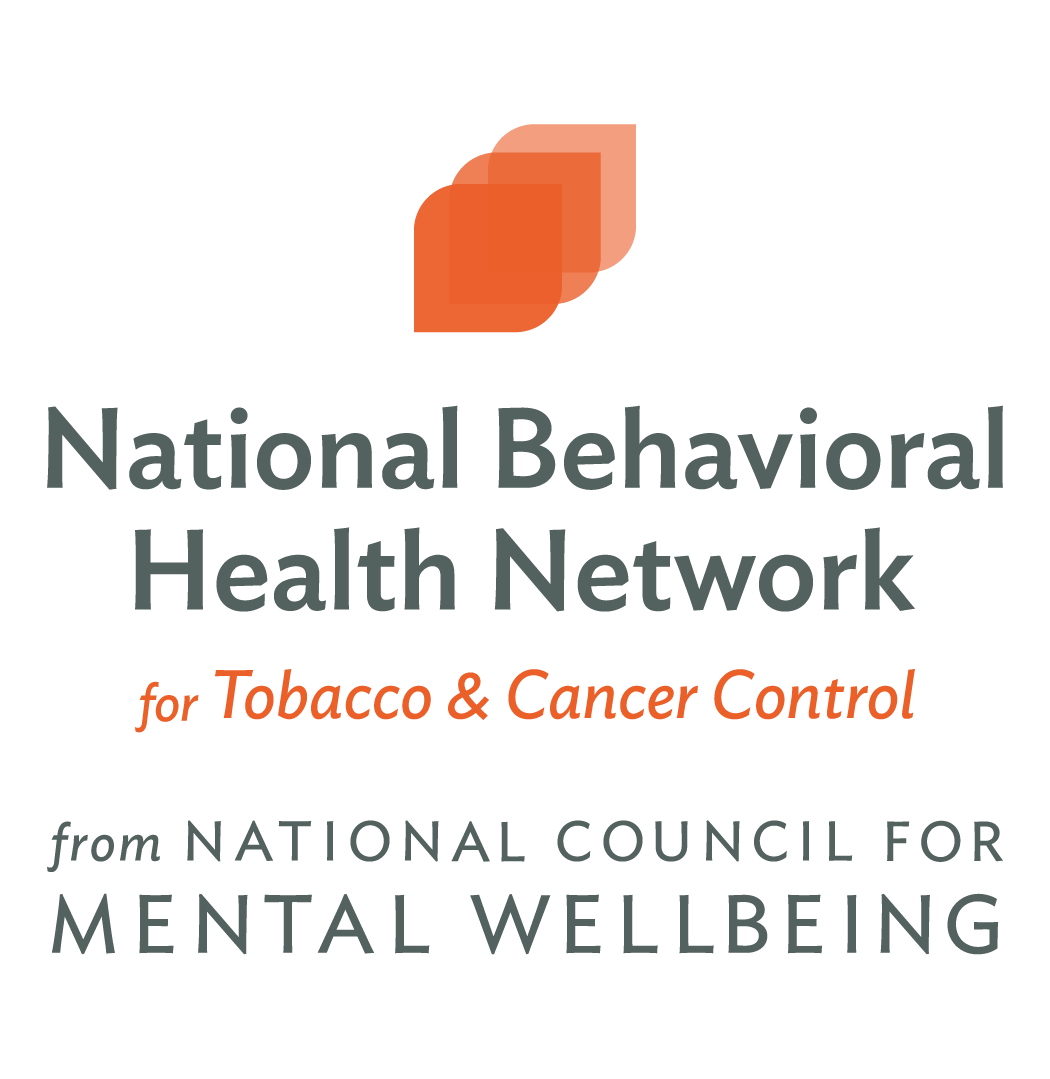 ABOUT THE NATIONAL BEHAVIORAL HEALTH NETWORK

To reduce the health disparities listed above, the Centers for Disease Control and Prevention (CDC) named the National Council for Mental Wellbeing the awardee to reduce tobacco use and cancer among people with mental and substance use disorders. By establishing the National Behavioral Health Network for Tobacco & Cancer Control, the National Council is helping to address health disparities identified by CDC’s Office of Smoking and Health and the Division of Cancer Prevention and Control.

The National Behavioral Health Network empowers and prepares a wide range of stakeholders — including public health, behavioral health, primary care and education — to prevent and reduce tobacco use and cancer among adults with mental illnesses and substance use disorders.